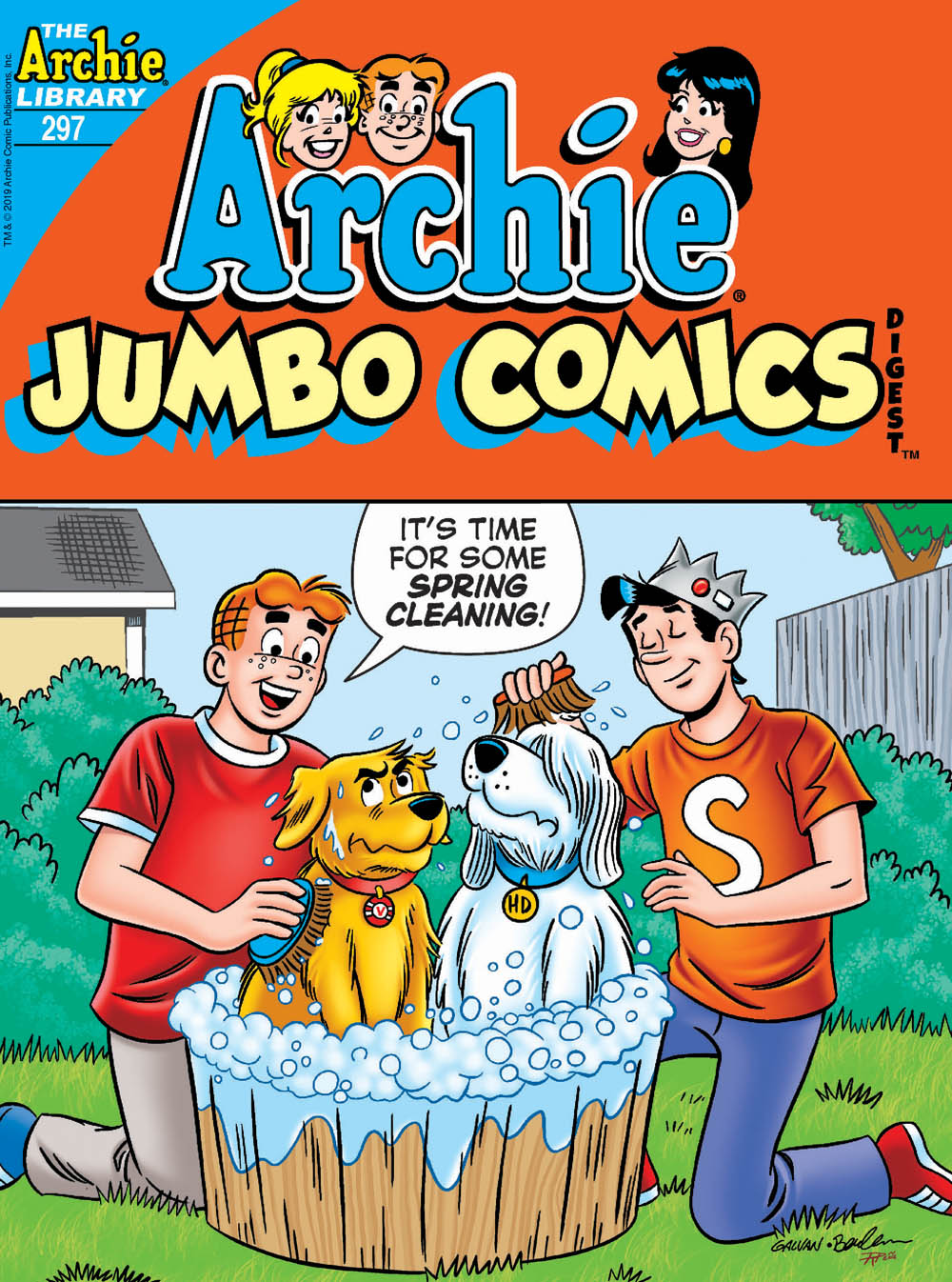 Veronica is over at Archie’s house, but she’s pissed that he’s playing a Fortnite knockoff with Jughead instead of giving her some loving. Jughead’s being a fucking slob, getting crackers all over the living room floor. Veronica finally screams so hard that Archie falls off the couch.

Veronica yells at Archie about how she’s barely seen him since he got the game. Archie and Jughead say the game’s fucking awesome. Archie’s lost track of time, not realizing it’s been a month since he’s taken Veronica out to dinner. Veronica doesn’t get the appeal of the violent game. Jughead says, as a non-gamer, she couldn’t possibly understand. Veronica decides to try the game and judge for herself. Archie claims he and Jughead are “master-level players” and would kick her ass, but Jughead reveals a ten-year-old kid kicked their asses yesterday. Veronica violently face-palms Archie in the fucking face (Archie’s dog, Vegas, seems to enjoy this) and goes off to show Archie up…somehow. She slams the door shut behind her. Jughead asks Archie if he’s going after her. Archie admits he’s frightened of her.

Veronica goes to a comix/gaming store, where a tournament is being held today (why aren’t the guys here?), and intends to buy the game, but she gets confused when the guy behind the counter starts talking about an expansion pack that just released today. Her sole experience with video games was playing a Candy Crush knockoff on her phone. The guy suggests testing the game before buying it and mentions one of the developers is here to help promote it. The developer is an old, white-haired man that looks like he got confused over that newfangled contraption called Pong back in the day. Regardless, Veronica thinks she’s lucky.

She goes over, introduces herself, violates all notions of personal space by randomly pulling on his shirt, and asks him to teach her the game. Taking a wireless controller in his hand, he agrees, which is the opposite of what I would have done. Veronica plays the game and really enjoys it, surprising herself. She wants to hire the developer as her personal coach. She mentions her name and offers a lot of money. The developer makes the connection to Lodge Industries and agrees.

Later, on the same day, Veronica returns to Archie’s house. He asks her if she’s still angry. She’s not and is ready to play. Jughead says they’ll go easy on her. She snatches his controller from him and reverses what he said. A few hours’ worth of practice is enough for Veronica to kick Archie’s ass, which makes Archie sweat. Jughead finds it embarrassing. Archie throws his controller on the floor in frustration (Veronica’s playing with Jughead’s controller, but there’s a hitherto-unseen third controller on the coffee table, so why’d she take Jughead’s?), gives up on the game, and declares his attention is now completely hers. She face-palms his face again, because he’s interrupting her. She says maybe they can talk later. Jughead makes a dumb joke. Archie, pissed, says maybe, in a month, Veronica will pay some attention to him again.

So that’s that. Perfectly mediocre story.

3 thoughts on “Comics – Lord of the Games”